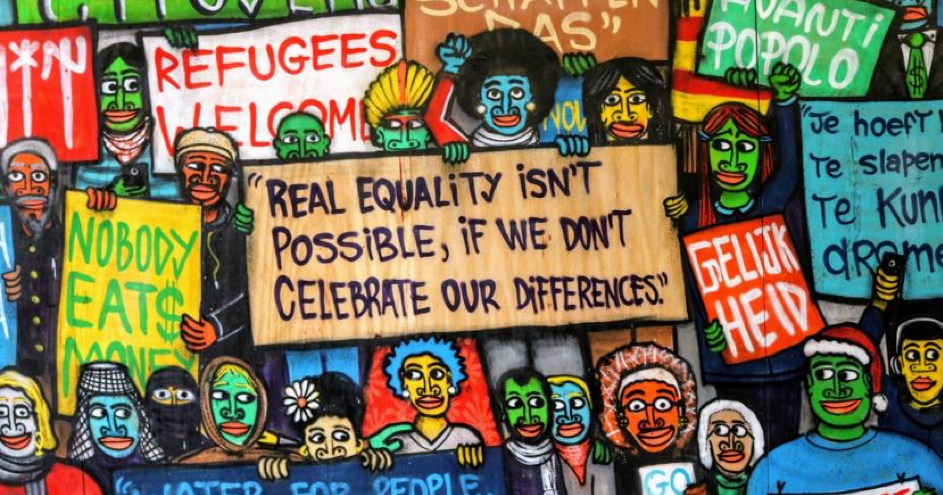 Paris. City of love, the Eiffel Tower, grand cafes and the best croissants in the world. More than 21 years ago I was here for the last time. France had become world champion for the first time by beating the Brazilians with 3-0. Deliriously happy Frenchmen were hanging from windows everywhere, singing the “Marseillaise” out loud and waving their red-white-blue frenetically. The city was one big mayhem and you could feel the unity right within the depths of your body.

Now, 21 years later, the reality is quite different. “Please be careful,” I hear more than once, when I tell people that I’m going to Paris for work. Nowadays the city of light is known for its protests, the yellow vests and the many homeless people who have become part of the street scene.

Searching for The Big Chance

The figures don’t lie: charity organizations estimate that there are around 3,000 homeless people in Paris. Many of them are foreign: migrants who have come to a city they know only by hearsay. Searching for security and The Big Chance, at hundreds, if not thousands of kilometers from home.

I got invited to come to Paris by the Storytelling Center, a Dutch organization that uses storytelling for social change. Together with four European partners*, we are working on Alternative Ways, a pilot project in which we develop alternative methods for language teaching. We focus on low-literate or low-educated migrants and refugees who are obliged to learn the language of their new home country, but have difficulty with the standard teaching methods. Because what if you never learned how to study, for example because you never had the chance to go to school as a child? And what if that could lead to failing your civic integration exam and you can kiss your residence permit goodbye? Only because you couldn’t keep up with the language classes…

Living on the streets in the heart of Europe

In the end I don’t encounter yellow vests in Paris, nor do I see any protests. But it’s impossible to ignore the homeless people: in the most unexpected places I run into grimy dome tents. I shiver at the thought of having to sleep in such a tent. It’s 2 degrees Celcius, there’s a vicious cold wind and it has been drizzling for days. This sad reality is such a big contrast with the undisputed beauty of Paris. How is it possible that people, in the heart of Europe, still have to live on the streets?

When I left everything behind to build up a life in a new country it was a voluntary choice. A big adventure, not always easy, but I knew that the backdoor back to the Netherlands would always be open. Often I think about how fucking heartbreaking and difficult it must be to leave everything, but really everything, behind and that it’s not a free choice. That you embark on that big adventure and that you know that the backdoor to your homeland will be locked forever for you. That you are facing an uncertain future in a country where you hope you can build a safe place you can call a home. If you survive the journey. And that you will then live in such a grim dome tent, in the cold, awaiting your destiny if you can stay, yes or no.

In line for a cup of coffee and some warmth

On my last day, on the Avenue Denfert-Rochereau, next to our office, I see a large group of men in front of a day shelter. They are standing around someone who shows a different portrait photo every few minutes. It’s photos of the people who were last in queue yesterday and could not enter the shelter because it was full. Today they are the first ones to enter for a cup of coffee and some warmth. There is one boy who calls my attention. I think he’s not much older than 25 years. He has his hands in his pockets, his gaze is empty. I wonder where he’s originally from, how long he has been here, what steps he still has to take before he knows whether or not he can stay, whom he has left behind and what his dreams in life are. Did he get the chance to go to school as a child, did he learn to study, or is he a future participant in our project? What is his story?

What I see and hear in Paris makes me work on Alternative Ways with even more dedication. It is an intensive and interesting week in which we discuss, brainstorm, practice, test and create. The Storytelling Centre has good experience with the use of storytelling in language teaching for migrants. Combined with the expertise of our European partners, we hope to have a curriculum at the start of next year that matches the experience and the level of our target group.

On to a better future for all!

* De Talentenschool from The Netherlands, Elan Interculturel from France, Arbeit und Leben from Germany and GO! from Belgium