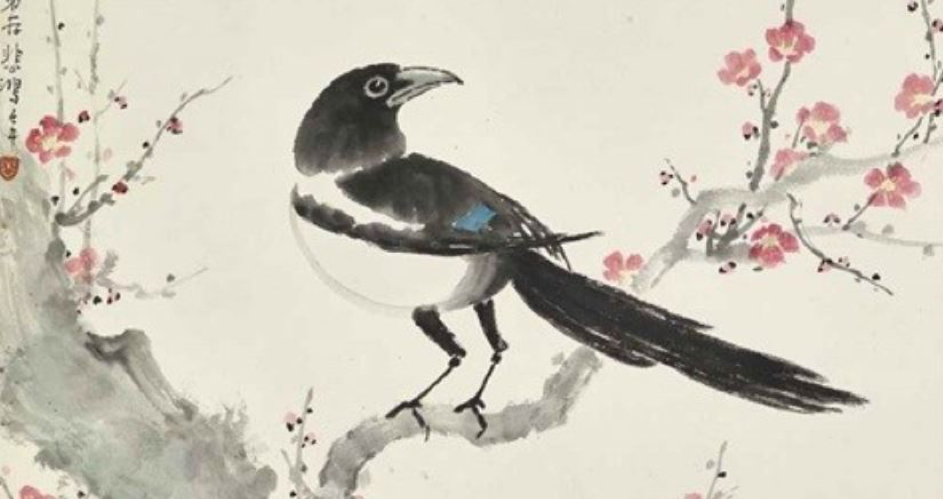 The magpie. Can you think of a bird that generates more disgust and distrust than this noisy chatterer? According to many, the number one enemy of songbirds, a plunderer of nests, a thief of shiny objects and in some cultures even an omen for bad luck. Why would you ever name your company after such a bird?

Inseparably connected with a notorious bird

In fact, I can not do much about it: I was born with this name. Yes, this notorious bird is inseparably connected with me, as my surname means magpie in Dutch. But before I named my company after an omen of bad luck, I decided to do a thorough research on this black and white troublemaker. And you know … the more I learned about the magpie, the more I was convinced it would be the perfect name for my company!

One of the first stories in which the magpie appears is well known to us all: Noah’s Ark. Did you know that the magpie was the only creature who refused to enter the ark? Instead it remained outside of the boat, chattering and laughing as the rising water flooded the world. Ever since that day the bird has had a bad reputation and many stories of superstitions are connected to it.

Spitting three times over the right shoulder against sorrow

Like in England, where people believe in the possibility of misfortune when seeing a single magpie, unless some form of greeting is given: “good morning Mr. Magpie, how is your lady wife today?”. Another way of not suffering magpie related sorrow when seeing one, is spitting three times over the right shoulder.

In France the story goes that the magpie used to have a beautiful plumage, but when the bird mocked the crucified Jesus, it was cursed and its feathers got the colors of mourning. Or how about ancient Greece, where the nine daughters of King Peirus turned into chattering magpies because they bragged that they were better singers than the muses.

A magpie in your house for happy occasions

Interestingly enough, the magpie symbolic meanings take on a brighter note in the East, where it is a bird of joy, marital bliss, sexual happiness, and long lasting fortune. Like in Mongolia, where the magpie is seen as a clever creature with control of the weather and in Korea where they believe that magpies deliver positive news and invite good people.

In Chinese the bird is called ‘xǐ què’ and the character ‘xǐ’ also means happiness. It is said that when the magpie nests in your house, it will bring much cause for celebration and many happy occasions. And when the Chinese hear the cry of a magpie, it is said to be an announcement of the arrival of friends and family.

Not such a bad bird after all.

A colorful palette of glossy metallic green and blue

But what about their bad reputation for stealing shiny objects such as jewelry? According to experts, this behavior actually comes from the magpie’s insatiable curiosity. Everything that looks “different” is examined and sometimes buried under some leaves for later use. Furthermore, the magpie is social, intelligent (some can be taught to speak as parrots can!) and it’s a bird that easily adapts to a changing environment. An interculturally intelligent bird!

Next time you see a magpie I recommend you not to immediately spit three times over your right shoulder to avoid sorrow, but to have a closer look at this bird. Maybe you will discover that the magpie is not black and white, as you might always have thought, but suddenly you will admire the colorful palette of glossy metallic green and blue in its tail.

So besides the fact that magpie is a badass name for my company because it’s my surname in Dutch, I think the magpie is a great a metaphor for intercultural communication, the main focus of my business. Isn’t it true that when you have a closer look at another culture and the behavior of its people, when you try to understand where this behavior comes from and let go of prejudice, you will always discover something more beautiful than you first thought you had seen?

Envelope Linkedin Facebook
© 2023 Magpie Communications | Marlies van Exter | KvK 72718293 | +31 6 171 64 764
We use cookies to ensure that we give you the best experience on our website. If you continue to use this site we will assume that you are happy with it.OkNoPrivacy policy